OCSA’s beginnings were inspired by the late Susan “the Goose” Roman whose goal was to raise awareness about the silent symptoms of ovarian cancer and save lives as she fought her own battle. 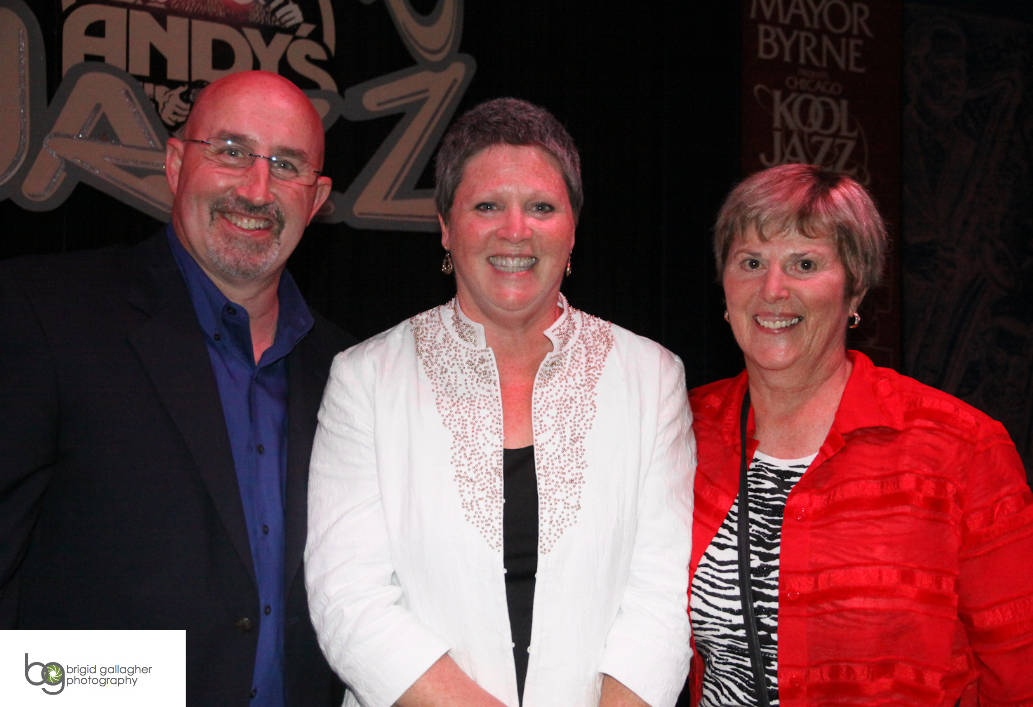 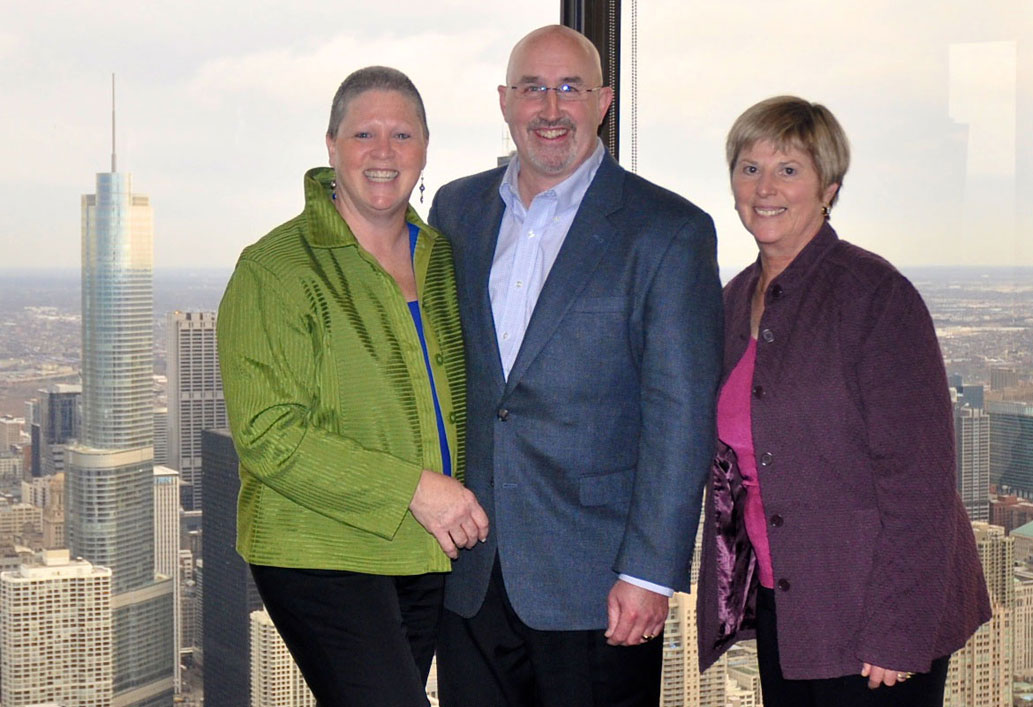 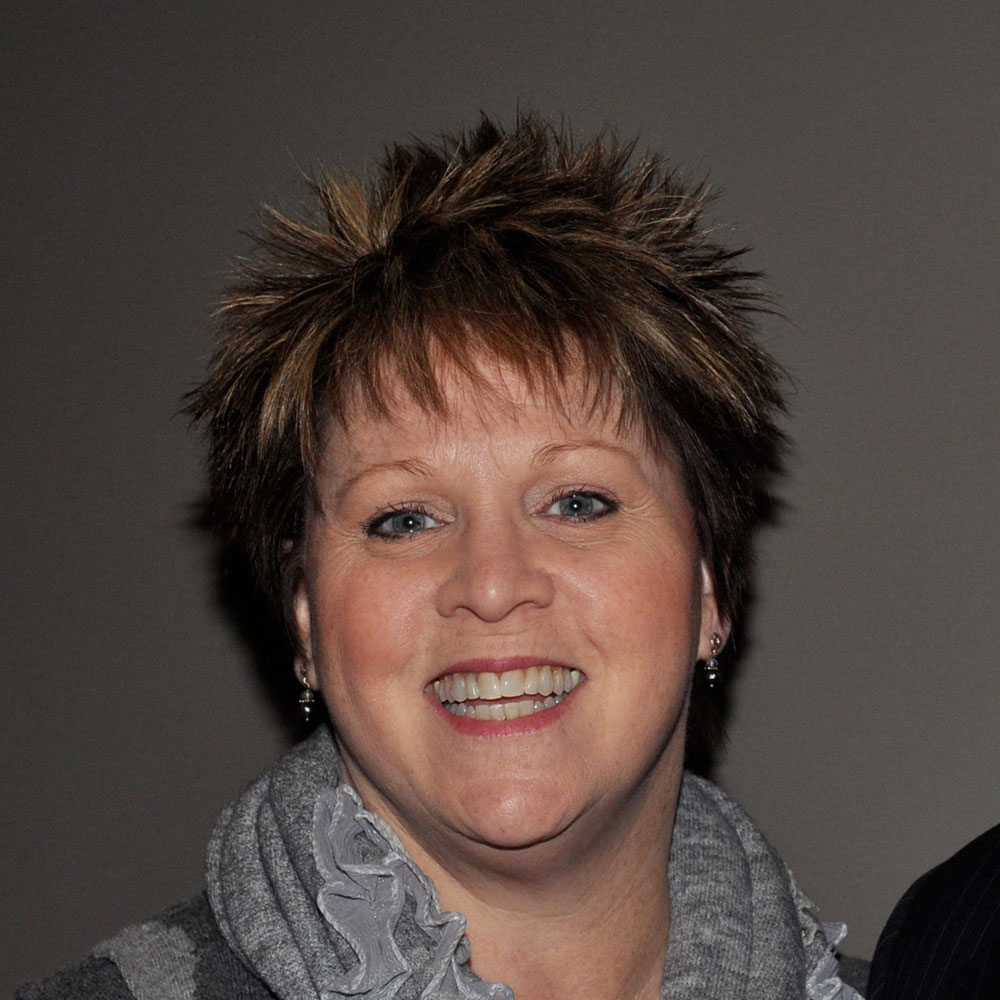 Susan Roman has a Bachelor’s degree in Hotel and Restaurant Management from the University of Wisconsin – Stout in Menomonie.

During her summers in college she worked at Yellowstone National Park and Marriott Lincolnshire Resort in many departments as a summer intern. After graduation, she set her sights on Chicago’s restaurant and hotel industry, working for the Hyatt Corporation.  In her tenure at Hyatt Susan worked in the Human Resources department of several of the hotel properties in the Chicagoland area.

In 1987 Susan left Hyatt to pursue a Director of Training position in the commercial insurance field and ultimately began her own Human Resource and Training consulting business. She spent six  years consulting and then joined her husband in his new business venture; operating The Signature Room at the 95th atop the John Hancock Center in downtown Chicago.

As the Director of Human Resources for The Signature Room at the 95th Susan has spent the last 17 years managing the restaurant’s 250 employees.  In addition to hiring and training, she coordinates payroll, benefits and manages union relations. She is an active community and industry advocate, serving as a member of the Greater North Michigan Avenue Association (GNMAA), the Society of Human Resources Managers (SHRM), the Hotel and Human Resources Association (HHRA) of Chicago, sits on the Foundation Board of The University of Wisconsin-Stout and recently co-founded the Ovarian Cancer Symptom Awareness Organization (OCSA) based in Chicago. Susan is also an active member of her church, St. Edna in Arlington Heights, Illinois.

In August, 2009, Susan was diagnosed with stage 3 ovarian cancer. Her mother died from this same disease 34 years ago when Susan was 19. Although she had been diligent about having a CA-125 and ovarian ultrasound every six months, Susan’s cancer was still at the advanced stages. Susan, Rick and their friend Vallie Szymanski made the determination that something had to be done to get the silent symptoms of ovarian cancer better known to women, their families and their doctors, thus founding The Ovarian Cancer Symptom Awareness Organization in January, 2010. 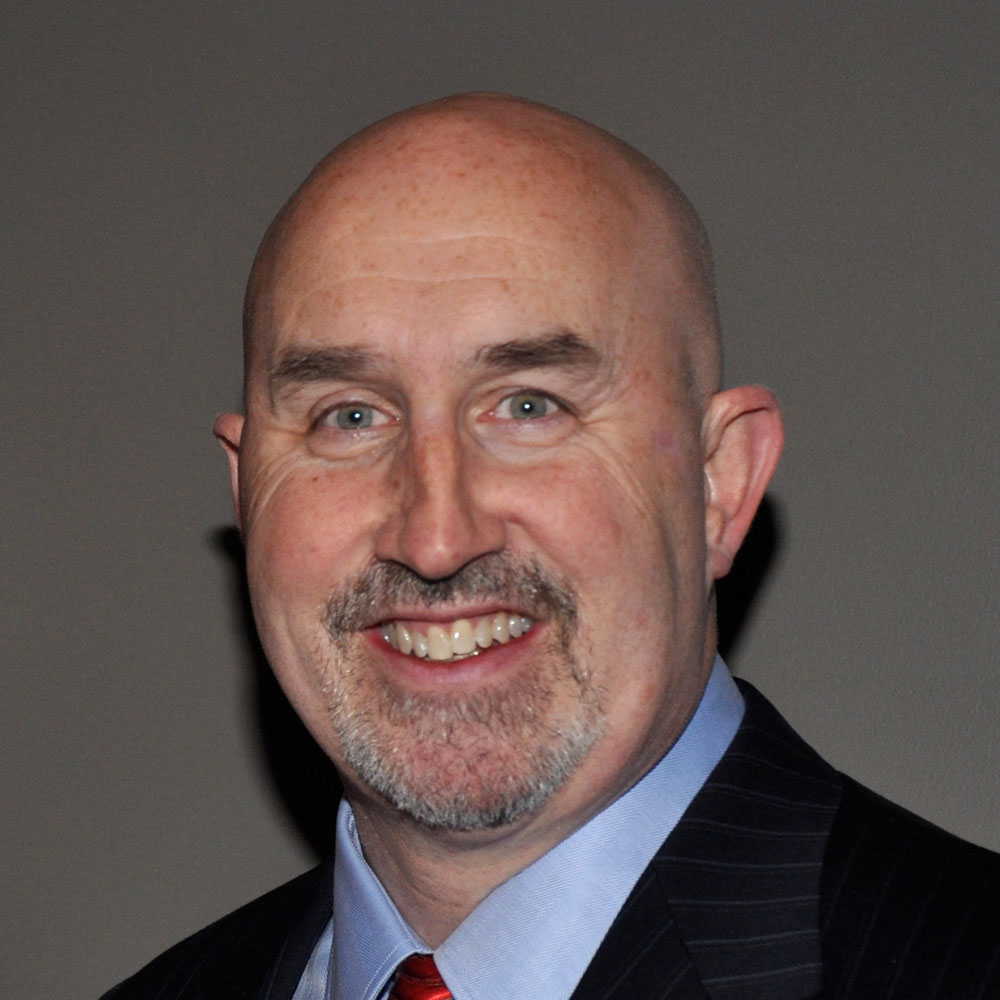 Rick thrives on traveling the globe in search of exciting new culinary adventures, but the Sussex, Wisconsin native has had his roots firmly planted in Illinois since the age of 12 when he, his parents and siblings moved to Buffalo Grove. He still calls this community home as he purchased his parents’ residence and established his own family here with wife, Susan, and their two children, Angela and Dominic.

While an Aunt and Uncle who owned a tavern may have inspired his interest in the restaurant business, his first foray into the industry was a busboy position when he was a high school freshman. That first job in hospitality inspired a lifelong interest, and though he entered college with the intention of establishing a career in medicine, he eventually realized that his true passion was the restaurant industry. With his father’s blessing, he pursued his degree in Hotel and Restaurant Management from the University of Wisconsin-Stout in Menomonie, Wisconsin. While there, he met his wife, Susan, a fellow hospitality program student.

After graduation, together they set their sights on Chicago’s restaurant and hotel industry, working for the Hyatt Corporation for the next five years. Throughout his career, Rick performed and perfected his proficiency in almost every role of food and beverage operations. In 1984, a fortuitous job arrived when he was recruited by ARAMARK to work at the restaurant he would someday own. The 95th was then a very formal, upscale French restaurant that was a training ground for some of the most outstanding culinary talent in America. He assumed the duties of Dining Room Manager with responsibilities in new business development during an exciting culinary period during which Chef Michael Foley introduced the New American cuisine movement. In 1988 he was assigned the position of General Manager of the property.

When ARAMARK declined management renewal in the early 90s, Rick and business associate, Nick Pyknis, decided to buy the destination with the goal of establishing it as a world-class landmark restaurant. Since then, the team, the inspired contemporary American cuisine and the award-winning wine list have earned favorable critic reviews. Local newspaper reader polls have named this one of Chicago’s most romantic restaurants and most popular weekend brunch destinations.

An active community and industry advocate, Rick currently serves as chairman of the prestigious Greater North Michigan Avenue Association and is a board member of the National Restaurant Association.  A past chairman of the Illinois Restaurant Association, Rick was named “Illinois Restaurateur of the Year” in 1999 by the organization. In April of 2010, he co-founded the Ovarian Cancer Symptom Awareness Organization with his wife Susan and friend Vallie Szymanski.

On a personal note, Rick yearns for the day when he can find time for his favorite hobby, baking, and promises to one day turn his attention back to creating crusty breads and tempting muffins. Never one to stop learning, the self-proclaimed frustrated artist is now learning to play piano and paint. 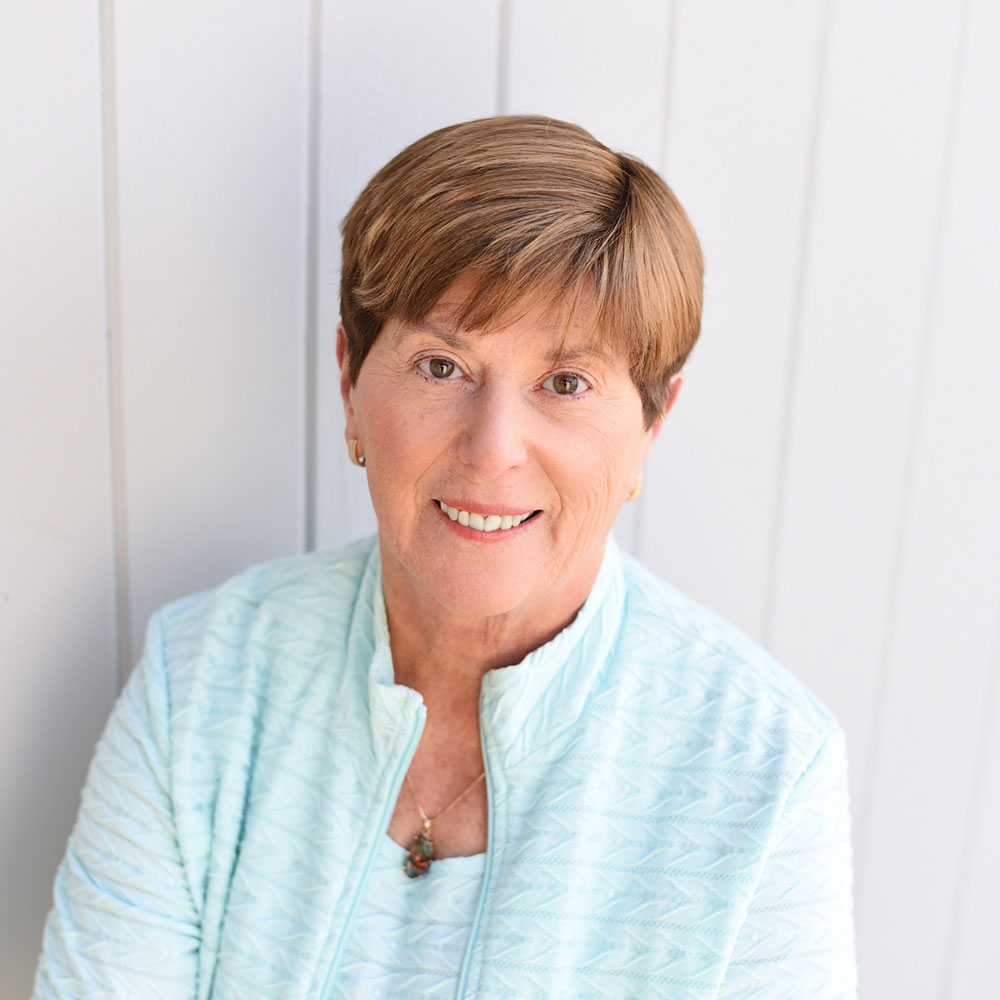 OCSA, a 501(c)(3) organization, was founded in 2010 by Chicagoans, Susan and Rick Roman alongside their friend, Vallie Szymanski, after Susan was diagnosed with Stage III ovarian cancer in August of 2009. Determined to beat the disease that claimed her beloved mother in 1976, Susan passionately jumped into this noble cause with the intention of raising awareness about the silent symptoms of ovarian cancer. A lack of early detection technologies and a host of symptoms that can be mistaken for many other ailments and diseases make ovarian cancer difficult to identify until it is too late.

While Susan unfortunately lost her battle with the disease, the nonprofit continues under the direction of Vallie and a committed board of directors, board advisory members and volunteers.

OCSA’s core mission is delivered in a variety of ways to a variety of audiences, but none are more important than the partnership we have with animals. We believe in, and champion, the human/animal healing experience by:

In her previous career, Vallie served as the Executive Director of the Chicago Sister Cities International Program, a city-sponsored non-profit organization under the auspices of the Mayor’s Office of International Relations. In this capacity, Vallie was responsible for complete oversight of the program’s operations, staff and board of directors.

Some of the initiatives Vallie has professionally worked to impact are: restructuring the CSCIP Board of Directors; creating an operational effectiveness model to best utilize the varied talents of the CSCIP team; negotiating corporate sponsorships with The Boeing Company, Motorola, United Airlines and the Chicago Sun-Times; and implementing large-scale, signature events like the annual Sister Cities International Festival on Daley Plaza and the World Fashion Chicago runway show.

Prior to joining Chicago Sister Cities, Vallie spent 19 years in senior management positions with United Airlines. Her duties included the coordination of many high level international events highlighting United’s strong international route structure. In addition, there was a heavy focus on the inbound international tourism market as it related to promoting the City of Chicago, Capital Region and the State of California, an international leisure destination. Early in her career, Vallie worked for Pan American World Airways and IVI Travel.

Vallie is an avid traveler, having visited all 50 U.S. states and Puerto Rico. She has also traveled to more than 70 countries in Eastern and Western Europe, the Middle East, Africa, Southeast Asia, Indian Sub-continent, South Pacific, Caribbean, Canada, Mexico, Central and South America.