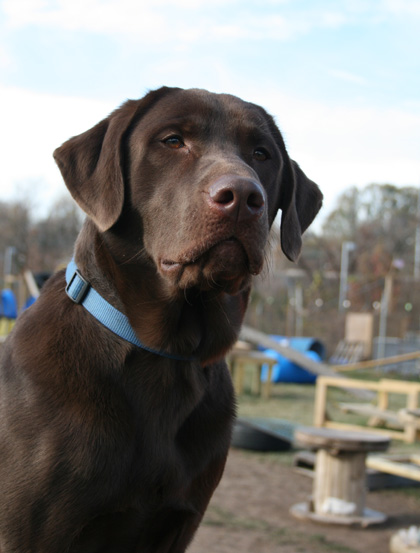 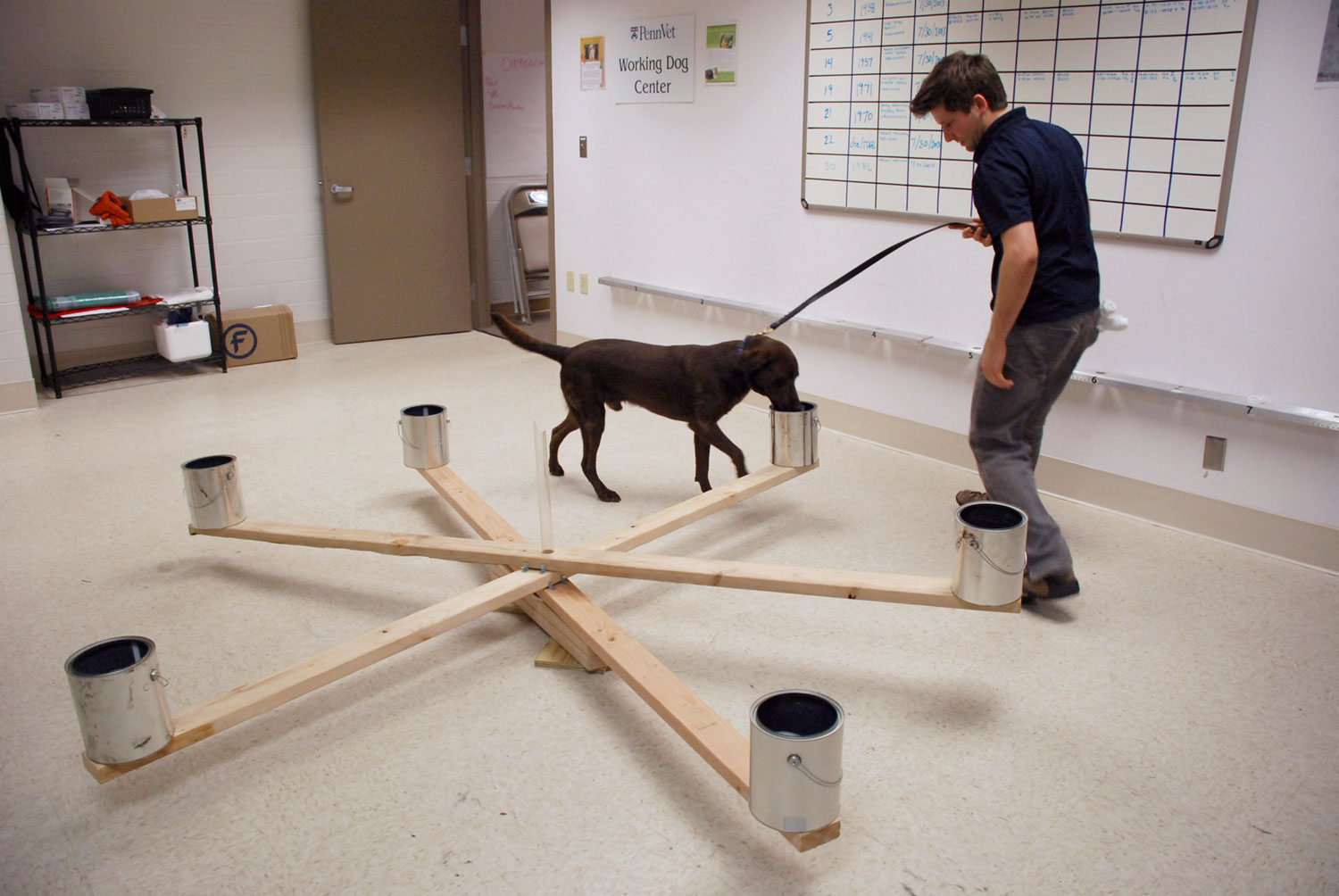 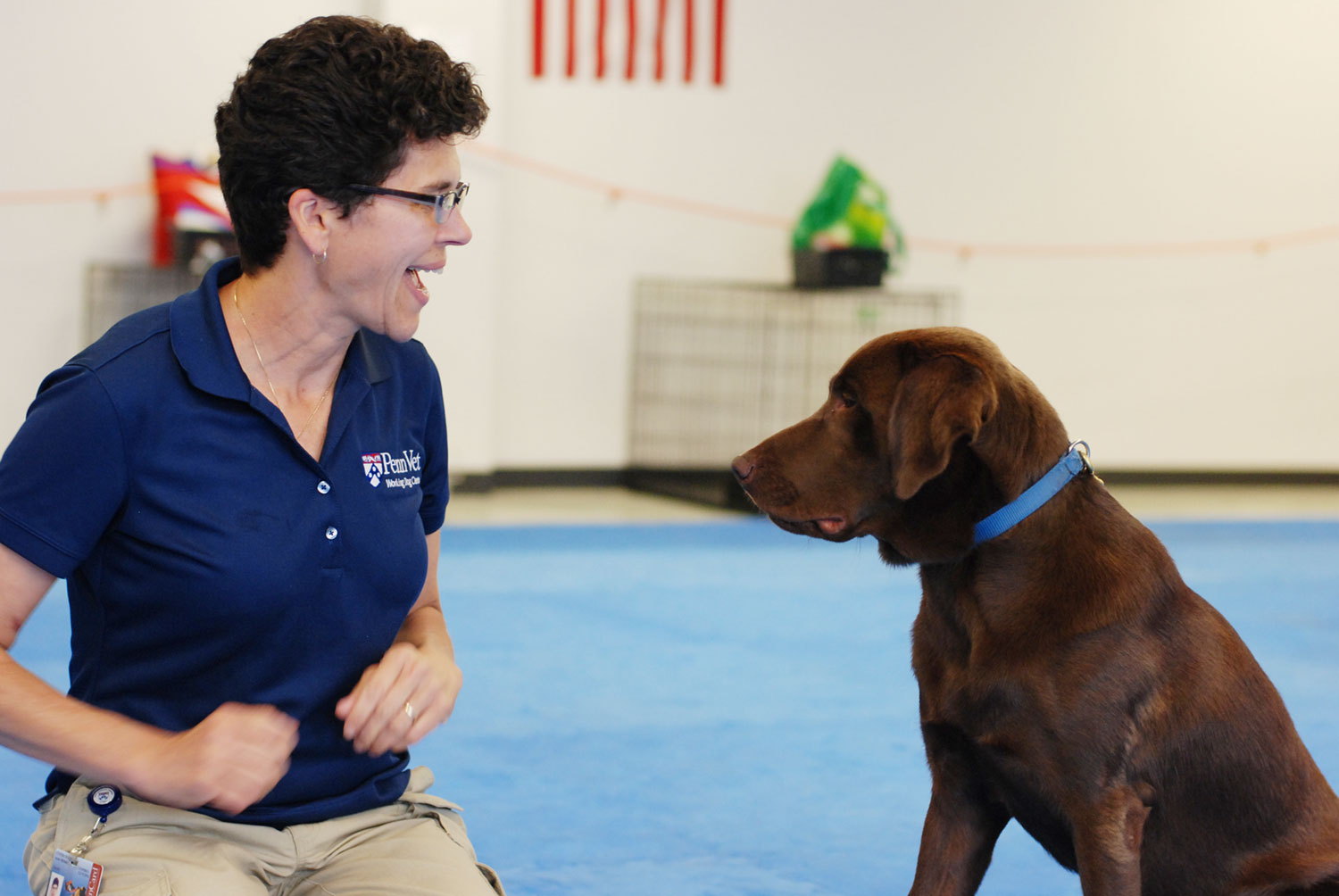 Meet Ohlin, a Chocolate Labrador Retriever born on August 26, 2012 and the newest member of the OCSA family He is so named for a search and recovery dog and his handler, AJ Frank, who worked together at the site of the 9/11 attacks. His focus has been likened to the intensity of Sherlock Holmes. Our sponsorship of Ohlin allows us to connect the Dots between OCSA….Pets…and People!

“These odorants remain a relatively untapped source for cancer detection information. By utilizing the acute sense of smell in detection dogs in conjunction with chemical and nanotechnology methods, we hope to develop a new system of screening for ovarian cancer using analysis of odorants to facilitate early detection and help decrease future cancer deaths.”

Within two years, Dr. Otto hopes the dogs can be trained to narrow down a specific odor so scientists can design an inexpensive and less-invasive blood test to catch ovarian cancer while it’s still treatable.

An $80,000 grant from Kaleidoscope of Hope Ovarian Cancer Foundation has helped fund the study which is actually three parallel studies: the biological one with dogs; an organic chemistry effort to create an artificial nose; and nanotechnology to develop a computerized screening instrument.

In 2010, Ch. Khalin received his AKC Canine Good Citizen (CGC) and Therapy Dogs Intl. (TDI) certifications. The vision is to save a life, while raising awareness of Ovarian cancer symptoms. Ch. Khalin (Linnie) is a huge part of that worth-while effort as individuals in pain find solace and various levels of healing and health improvements through interaction and touch. Ch. Khalin aids in quality of life issues for women nationally.

GP Sinaye’s Plaisir d’Amour of Ajolie, Aimee to her friends, is a retired Grand Premier Champion who is living the dream in retirement with personal slave labor (Darlene Arden), and lending her countenance to help OCSA. A 15-year-young Chartreux, the Smiling Blue Cat from France, her breed is essentially silent which is rather like living with Marcel Marceau in a catsuit. Despite her usual “No Comment,” and flat-out refusal to talk to the press, Aimee wants everyone to know how supportive she is of OCSA and the Mission. She gave up part of a nap to express her commitment to OCSA. “If Mama says it’s worth it, it’s worth it!” 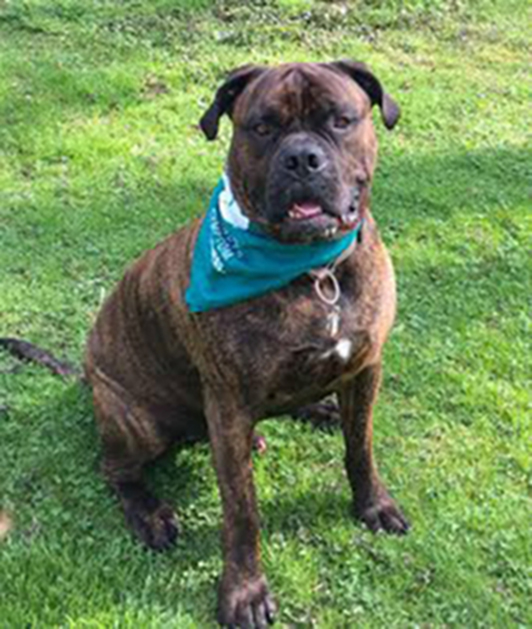 At the request of the Official OCSA Spokes Dog, Ch Khalin, “Moose” happily agreed to personal appearances and to represent OCSA at different events. Moose will help OCSA’s Veterinary Outreach Program (VOP) and the One Health Initiative by raising awareness about the silent symptoms of ovarian cancer. Moose will attract attention at events and allow the OCSA leaders to engage in meaningful conversations. Now, more about Moose:

Moose is a 1 year old Bull Mastiff puppy and weights 120 lbs. He lives with a 5 year-old Chesapeake Bay Retriever named Bear, and of course Carolyn Ascher’s family! For those of you who have never met a Bull Mastiff, we can assure you that their rough and tumble appearance does not match up to their docile, loyal and incredibly “chill” attitude. Please come meet Moose in person AND you might just see both Ch Khalin and Moose together at the 2016 Dog Walk scheduled for 9.11.16 at Leroy Oakes Forest Preserve in St. Charles, IL.! 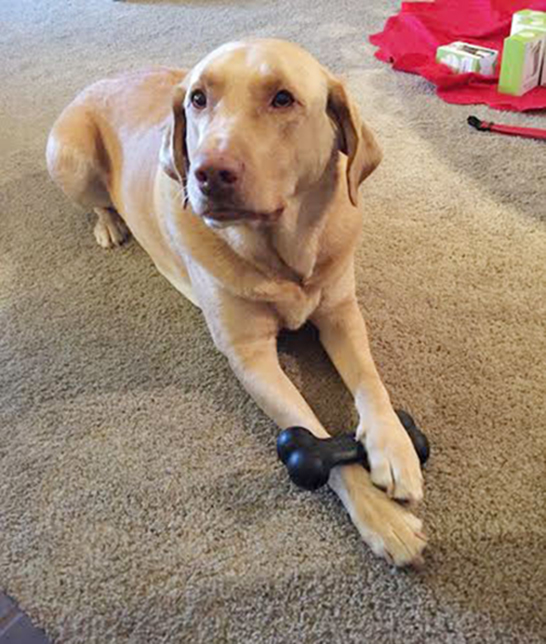 Porkchop is a 5-year-old yellow lab. He was born in Junction City Kansas with the name Prince, and was rescued by Kathleen at 6 months old. Soon after adopting Prince, Kathleen changed his name to Porkchop as it suited his personality much better! A nonprofit group transferred Porkchop from his foster home in Kansas to Kathleen’s home in Denver, CO. Porkchop is especially calm for a yellow lab and very affectionate. His favorite hobbies are swimming, chasing bunnies, and eating. He is on a special diet of grain-free food and fish oil due to chronic allergies and ear infections. Porkchop is world-traveled and has lived in Kansas, Colorado, Missouri, New Mexico, Virginia, Germany, North Carolina, and Illinois. He is intelligent, empathetic, well-behaved, never barks, and makes people feel special. He is gentle with and loved by children and the elderly.